Application of Probability and Statistics in Science

Probability is an area of study which involves predicting the relative likelihood of various outcomes. It is a mathematical area that has developed over the past three or four centuries. One of the early uses was to calculate the odds of various gambling games. Its usefulness for describing errors of scientific and engineering measurements was soon realized. Engineers study probability for its many practical uses, ranging from quality control and quality assurance to communication theory in electrical engineering. Engineering measurements are often analyzed using statistics and a good knowledge of probability is needed in order to understand statistics.

Statistics is a word with a variety of meanings. To the man in the street, it most often means simply a collection of numbers, such as the number of people living in a country or city, a stock exchange index, or the rate of inflation. These all come under the heading of descriptive statistics, in which items are counted or measured and the results are combined in various ways to give useful results. That type of statistics certainly has its uses in engineering. But another type of statistics will engage our attention to a much greater extent. That is inferential statistics or statistical inference. For example, it is often not practical to measure all the items produced by a process. Instead, we very frequently take a sample and measure the relevant quantity on each member of the sample. We infer something about all the items of interest from our knowledge of the sample. A particular characteristic of all the items we are interested in constituting a population. Measurements of the diameter of all possible bolts as they come off a production process would make up a particular population.
Application of Probability and Statistics in Science:

The use of statistical methods and probability tests in research is an important aspect of science that adds strength and certainty to scientific conclusions. For example, in 1843, John Bennet Lawes, an English entrepreneur, founded the Rothamsted Experimental Station in Hertfordshire, England to investigate the impact of fertilizer application on crop yield. Lawes was motivated to do so because he had established one of the first artificial fertilizer factories a year earlier. For the next 80 years, researchers at the Station conducted experiments in which they applied fertilizers, planted different crops, kept track of the amount of rain that fell, and measured the size of the harvest at the end of each growing season.

By the turn of the century, the Station had a vast collection of data but few useful conclusions: One fertilizer would outperform another one year but underperform the next, certain fertilizers appeared to affect only certain crops, and the differing amounts of rainfall that fell each year continually confounded the experiments (Salsburg, 2001). The data were essentially useless because there were a large number of uncontrolled variables.

Probability and Statistics for Computer Science develops introductory topics in probability with this particular emphasis, providing computer science students with an invaluable resource in their continued studies and professional research.

Probability and Statistics for Computer Science treat the most common discrete and continuous distributions, showing how they find use in decision and estimation problems, and constructs computer algorithms for generating observations from the various distributions. This one-of-a-kind resource also: Includes a thorough and rigorous development of all the necessary supporting mathematics Provides an opportunity to reconnect applications with the theoretical concepts of distributions introduced in prerequisite courses Gathers supporting topics in an appendix: set theory, limit processes, real number structure, Riemann-Stieltjes integrals, matrix transformation, and determinants Uses computer science examples such as client-server performance evaluation and image processing The author also addresses a variety of supporting topics, such as estimation arguments with limits, properties of power series, and Markov processes. Johnson's text proves an ideal resource for computer science students and practitioners interested in a probability study specific to their field.

Issues related to environmental risk assessment include health effects, impact on natural resources or man-made structures due to pollution, change in climatic conditions, the water quality of streams, etc. There are different parametric, non-parametric and empirical models are used to address these issues. Probability methods play a role in:

In geotechnical engineering, there are different sources of uncertainty. For instance, the variable nature of the characteristics of rock affects the load-bearing capacity. Heterogeneous soil properties and other in-situ conditions are also uncertain. Due to the inherent heterogeneity of the characteristics of soil and rock, probabilistic methods are essential to computing the bearing. Uncertainties are assessed through basic probabilistic analyses and statistics, such as histogram analysis, the sample means, variance, standard deviation, Coefficient of Variance (CV) and Probability Density Function (PDF), etc. These methods are very useful for estimation of in-situ properties from limited soil samples and for comparison of the field test to field performance data. The reliability of design and construction methods is also assessed in a probabilistic way. Moreover, the use of probability methods is inevitable to carry out the tradeoff analysis between the cost and benefits of proposed design strategies adopted in geotechnical engineering.

Uncertainties in hydrology and water resources engineering arise from the incompleteness of historical data, limitations in the adequate representation of sample data, the variability of hydrologic data, uncertain predictions, etc. Assessment of uncertainty is carried out through different probability methods, i.e., distribution fitting to data, probability, and quantile estimation, interval estimation of parameters, etc.

Hydrologic extreme events, such as Probable Maximum Precipitation (PMP) and Probable Maximum Flood (PMF) are estimated from historical data. However, the estimation procedure requires different probability methods. Different hydrologic variables, such as rainfall, streamflow are inherently uncertain. Prediction of such hydrologic variables is often required a probabilistic method to quantify the uncertainty associated with the predictions. In the design of hydraulic structures, estimation of design life and risk analysis also requires probability methods.

In structural engineering, failure can cause excessive monetary loss and injury or death. Thus, an extremely low rate of failure is assured in design. Safety factors are determined by considering the risk or probability of failure. The concept of low-probability high-consequence risk events is the key issue in the design of complex structures, such as offshore structures, nuclear plants, and high-exposure public structures. Sources of uncertainty in structural engineering lie in the magnitude of the load, the strength of structural material, the number of load cycles until fatigue failure, etc.

If you want to know more about this, you can check on: "Best Probability and Statistics Books".
Thanks for reading this post. If you have any opinion don't hesitate to comment here. Also please subscribe our newsletter to get more updates.
Tags: Probability & Statistics 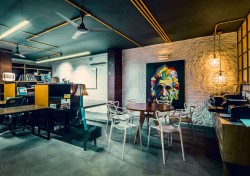