Docker is the company driving the container movement and the only container platform provider to address every application across the hybrid cloud. Today's businesses are under pressure to digitally transform but are constrained by existing applications and infrastructure while rationalizing and increasingly diverse portfolio of clouds, datacenters and application architectures. Docker enables true independence between applications and infrastructure and developers and IT ops to unlock their potential and creates a model for better collaboration and innovation. Here your will get some awesome books of docker.

1. The Docker Book: Containerization is the new virtualization 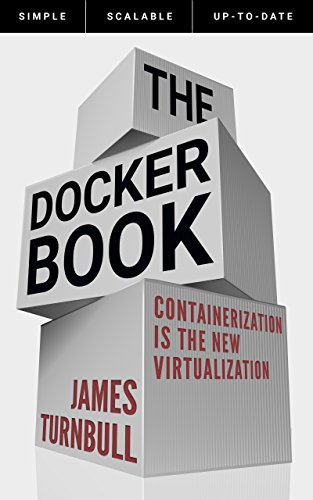 Author: James Turnbull
Published at: 12/07/2014
ISBN: B00LRROTI4
A new book designed for SysAdmins, Operations staff, Developers and DevOps who are interested in deploying the open source container service Docker. In this book, we will walk you through installing, deploying, managing, and extend Docker. We're going to do that by first introducing you to the basics of Docker and its components. Then we'll start to use Docker to build containers and services to perform a variety of tasks.
We're going to take you through the development of lifecycle, from testing to production, and see where Docker fits in and how it can make your life easier. We'll make use of Docker to build test environments for new projects, demonstrate how to integrate Docker with continuous integration workflow, and then how to build application services and platforms. Finally, we'll show you how to use Docker's API and how to extend Docker yourself.
We'll teach you how to - 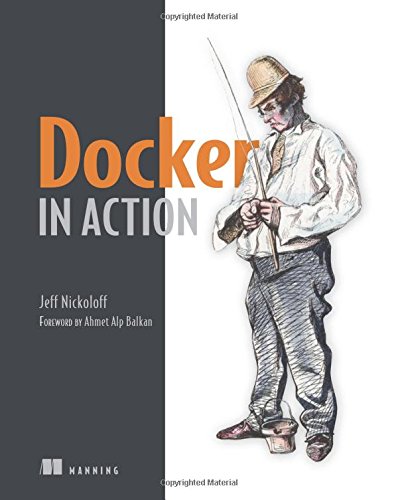 The idea behind Docker is simple. Create a tiny virtual environment, called a container, that holds just your application and its dependencies. The Docker engine uses the host operating system to build and account for these containers. They are easy to install, manage, and remove. Applications running inside containers share resources, making their footprints small.

What's You Will Learn 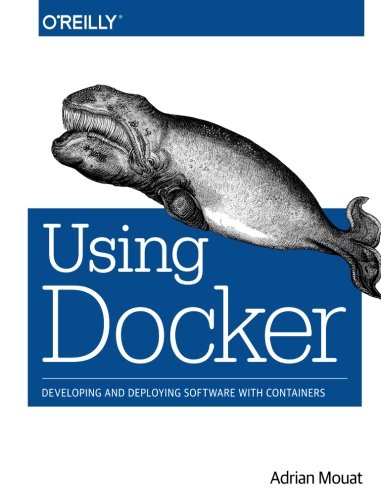 Docker containers offer simpler, faster, and more robust methods for developing, distributing, and running software than previously available. With this hands-on guide, you’ll learn why containers are so important, what you’ll gain by adopting Docker, and how to make it part of your development process. 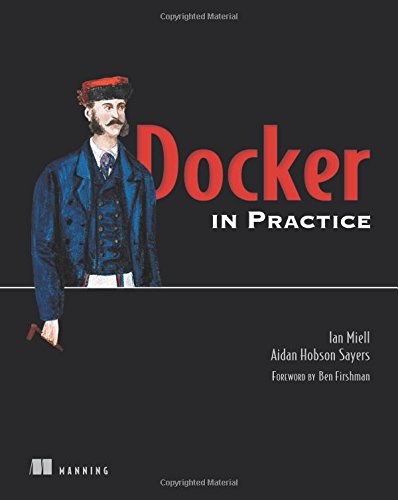 Docker in Practice is a hands-on guide that covers 101 specific techniques you can use to get the most out of Docker. Following a cookbook-style Problem/Solution/Discussion format, this practical handbook gives you instantly useful solutions for important problems like effortless server maintenance and configuration, deploying microservices, creating safe environments for experimentation, and much more. As you move through this book, you’ll advance from basics to Docker best practices like using it with your Continuous Integration process, automating complex container creation with Chef, and orchestration with Kubernetes. 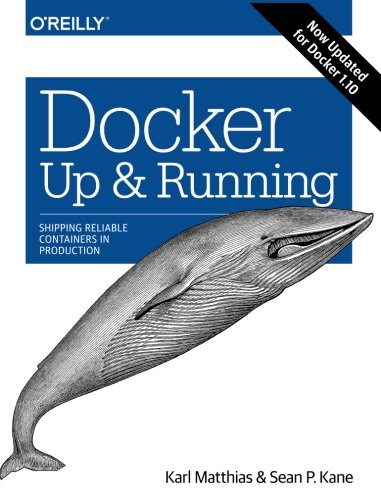 Docker is quickly changing the way that organizations are deploying software at scale. But understanding how Linux containers fit into your workflow—and getting the integration details right—are not trivial tasks. With this practical guide, you’ll learn how to use Docker to package your applications with all of their dependencies, and then test, ship, scale, and support your containers in production.

Two Lead Site Reliability Engineers at New Relic share much of what they have learned from using Docker in production since shortly after its initial release. Their goal is to help you reap the benefits of this technology while avoiding the many setbacks they experienced. 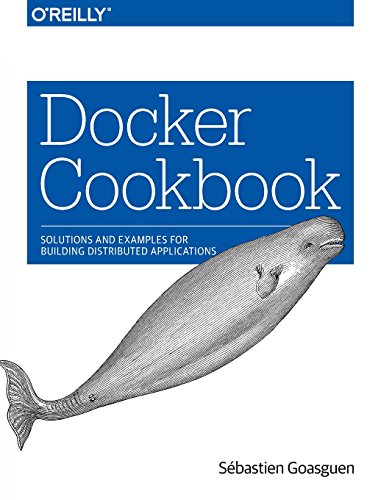 Whether you’re deploying applications on premise or in the cloud, this cookbook provides developers, operators, and IT professionals with more than 130 proven recipes for working with Docker.

With these practical solutions, experienced developers with no previous knowledge of Docker will be able to package and deploy distributed applications within a couple of chapters. IT professionals will be able to solve everyday problems, as well as create, run, share, and deploy Docker images. Operators will quickly be able to adopt the tools that will change the way they work. 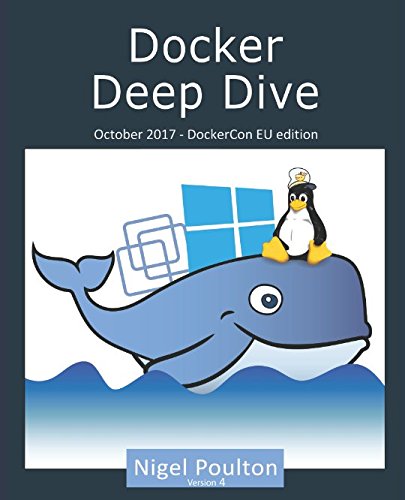 Author: Nigel Poulton
Published at: 12/07/2017
ISBN: 1521822808
Updated 3rd October 2017. This is the ultimate book for learning Docker, brought to you by Docker Captain and leading educator in the container ecosystem Nigel Poulton.
View Book 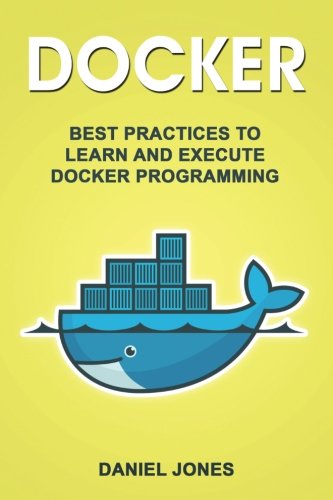 Author: Mr Daniel Jones
Published at: 02/09/2017
ISBN: 197605561X
Are you looking for proven steps and strategies on how to use Docker? Then look no more! This book contains essential information and best practices to learn and execute Docker especially when you are just starting to learn. What are you waiting for? Grab a copy of this book now and learn more about Docker!
View Book 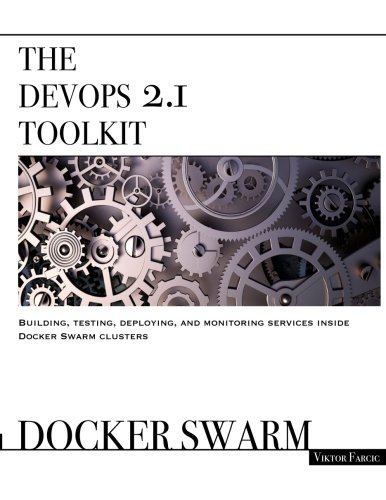 The book envelops all aspects of building, testing, deploying, and monitoring services inside Docker Swarm clusters. We'll go through all the tools required for running a cluster. We'll go through the whole process with clusters running locally on a laptop. Once we are confident with the outcome, we'll translate the experience to different hosting providers like AWS, Azure, DigitalOcean, and so on.

The book goes deeper into one of the subjects explored in The DevOps 2.0 Toolkit. It is updated to use the latest and greatest features and techniques introduced in Docker 1.12.

We'll go through many practices and even more tools. While there will be a lot of theory, this is a hands-on book. You won't be able to complete it by reading it in a metro on a way to work. You'll have to read this book while in front of the computer and get your hands dirty. 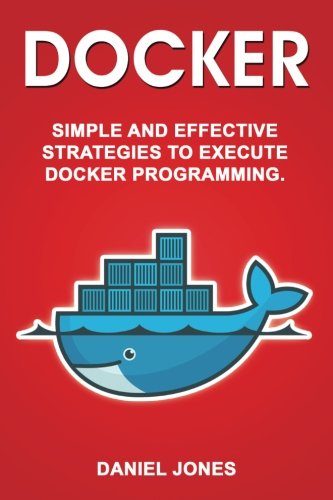 Docker programming is becoming more and more mainstream as time goes on, but is also becoming more complicated as well. To ensure you aren’t left out in the cold, it is important to jump on the container bandwagon ASAP which means learning as much as you can about Docker, including useful and effective strategies to make doing so as quick and easy as possible.

Luckily, that’s where Docker: Simple and Effective Strategies to Execute Docker Programming comes in, as it is tailor-made to take your Docker programing skills to the next level.

Written for those who already have a basic understanding of Docker and what it’s good for, this book instead focuses on many of the best strategies for commonly used Docker functions to ensure that you make the most of every interaction with the programming language without tearing your hair out in frustration along the way.

The five best ways to log your results effectively •The four most effective image building strategies on the market today •And more. 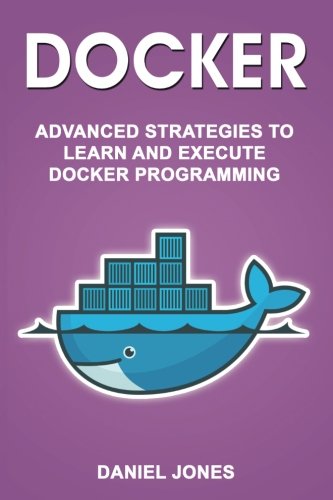 Not only that, but you are going to learn more about the nodes that are found in Docker and how they are going to be manipulated and work for you. And yeah....Don't forget to check out the other editions- Beginner's, Tips and Tricks, Simple and Effective strategies and Best Practices. So, what are you waiting for? Grab this book today and start learning Docker Programming ASAP! 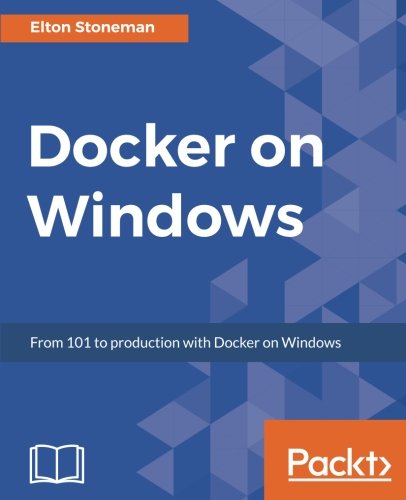 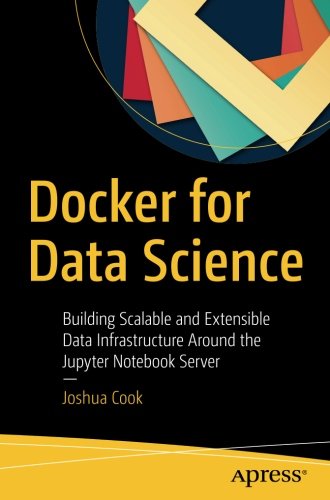 Author: Joshua Cook
Published at: 25/08/2017
ISBN: 1484230116
Learn Docker "infrastructure as code" technology to define a system for performing standard but non-trivial data tasks on medium- to large-scale data sets, using Jupyter as the master controller.
The Docker-Compose technology is examined and you will learn how it can be used to build a linked system with Python churning data behind the scenes and Jupyter managing these background tasks. Best practices in using existing images are explored as well as developing your own images to deploy state-of-the-art machine learning and optimization algorithms.
What  You'll Learn
View Book 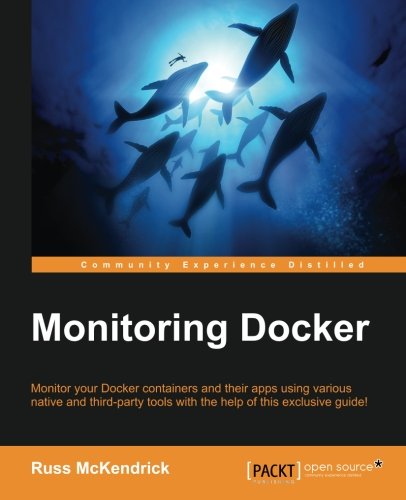 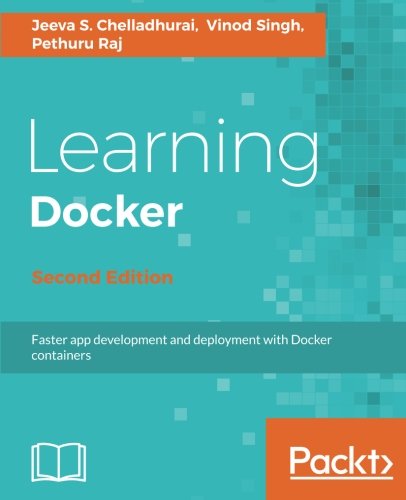 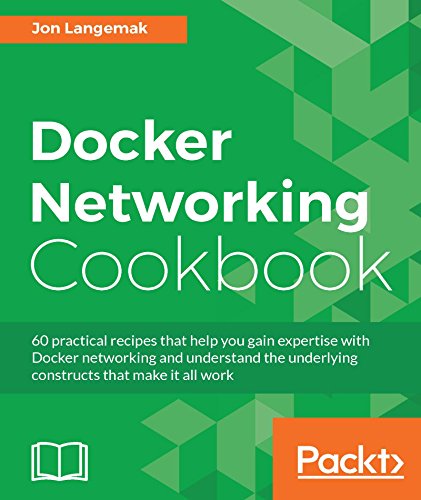 Begin by examining the building blocks used by Docker to implement fundamental containing networking before learning how to consume built-in networking constructs as well as custom networks you create on your own. Next, explore common third-party networking plugins, including detailed information on how these plugins inter-operate with the Docker engine. Consider available options for securing container networks, as well as a process for troubleshooting container connectivity.

17. Continuous Delivery with Docker and Jenkins 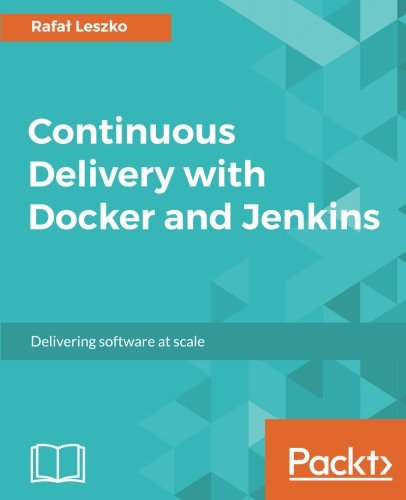 This book will explain the advantages of combining Jenkins and Docker to improve the continuous integration and delivery process of app development. It will start with setting up a Docker server and configuring Jenkins on it. It will then provide steps to build applications on Docker files and integrate them with Jenkins using continuous delivery processes such as continuous integration, automated acceptance testing, and configuration management. 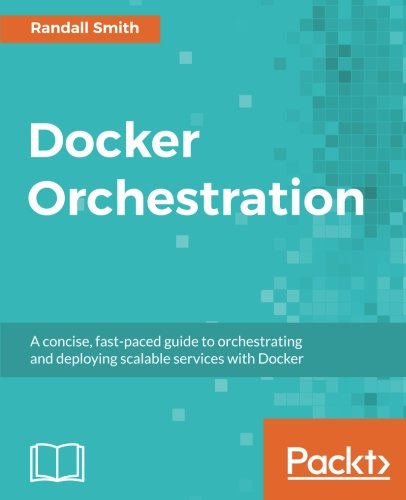 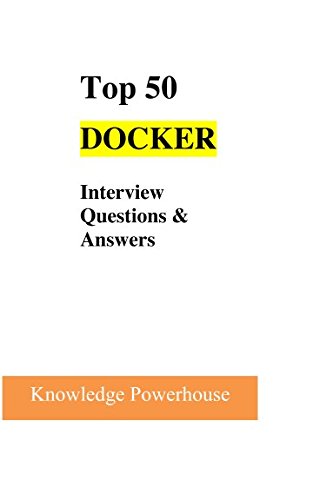 This book contains basic to expert level Docker interview questions that an interviewer asks. Each question is accompanied with an answer so that you can prepare for job interview in short time. We have compiled this list after attending dozens of technical interviews in top-notch companies like- Google, Facebook, Netflix, Amazon etc. Often, these questions and concepts are used in our daily programming work. But these are most helpful when an Interviewer is trying to test your deep knowledge of Docker.

The difficulty rating on these Questions varies from a Fresher level software programmer to a Senior software programmer. Once you go through them in the first pass, mark the questions that you could not answer by yourself. Then, in second pass go through only the difficult questions. After going through this book 2-3 times, you will be well prepared to face a technical interview on Docker for an experienced programmer. 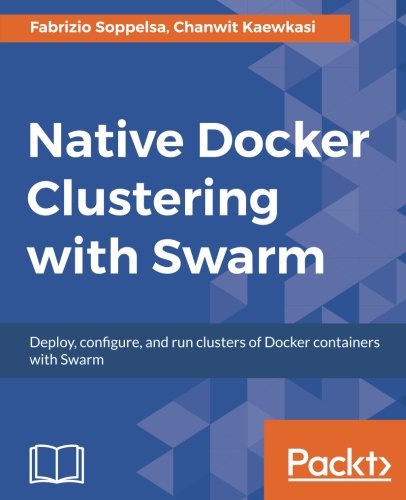 This book covers Swarm, Swarm Mode, and SwarmKit. It gives you a guided tour on how Swarm works and how to work with Swarm. It describes how to set up local test installations and then moves to huge distributed infrastructures. You will be shown how Swarm works internally, what’s new in Swarmkit, how to automate big Swarm deployments, and how to configure and operate a Swarm cluster on the public and private cloud.

This book will teach you how to meet the challenge of deploying massive production-ready applications and a huge number of containers on Swarm. You'll also cover advanced topics that include volumes, scheduling, a Libnetwork deep dive, security, and platform scalability.

21. Docker and Kubernetes for Java Developers 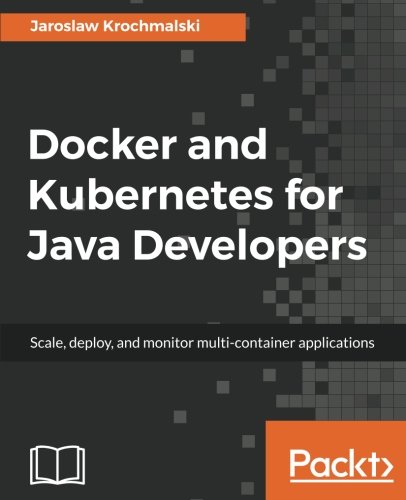 Author: Jaroslaw Krochmalski
Published at: 30/08/2017
ISBN: 1786468395
This book will start by introducing Docker and delve deep into its networking and persistent storage concepts. You will then proceed to learn how to refactor monolith application into separate services by building an application and then packaging it into Docker containers. Next, you will create an image containing Java Enterprise Application and later run it using Docker. Moving on, the book will focus on Kubernetes and its features and you will learn to deploy a Java application to Kubernetes using Maven and monitor a Java application in production. By the end of the book, you will get hands-on with some more advanced topics to further extend your knowledge about Docker and Kubernetes.


Thanks for reading this post. If you have any opinion don't hesitate to comment here. Also please subscribe our newsletter to get more updates.
Tags: Networking & System Administration 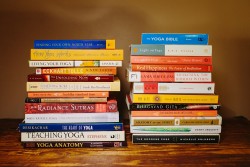 5 Best Yoga Books 2023 That Every Yogi Should Read 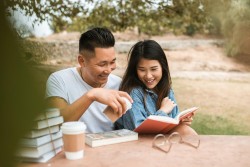 Writing An Engaging Book Review: What Are The Essential Tips For It?