How Technology Is Helping to Revitalize the Art of Calligraphy

Many of you might claim that you already know what calligraphy means. Well, you may be right but, putting the meaning of calligraphy in writing can be a little different and more informative than you know. Calligraphy is basically referred to as the art of writing by the hand. This art is performed by using many tools and techniques to make sure that whatever is written it comes out to be a beautiful piece of writing. Calligraphy is always measured on the basis of the beautification you put into your writing and how well you can express it. This art form has been in use for centuries with just some improvisations being made with the time. There are various types of calligraphy and each one differs when you move from one geographical location to the other.

There are mainly three types of calligraphy and within each of these categories, there are numerous other subheads and handwritings.

Western calligraphy mainly refers to the type which is practiced in the western world. It is also known as the calligraphy writing of the Latin system. So, this type of writing makes use of Latin letters as well as some of the corillid and Greek alphabets as well. This style of writing is usually used in various projects, invitations written by hand, or maybe when making a beautiful draft of poetry. This type of calligraphy includes various styles like foundation hand, italic hand, roman hand, copperplate script, etc.

This type is also known as the Islamic calligraphy and the type is supposed to be having a very important role in the Islamic culture. The artists used this type of writing to reproduce as well as preserve the holy book of the Quran. This form of calligraphy was also used over structures and various forms of architecture, textiles and was not just restricted to paper. Some of the main styles of Arabic calligraphy are Naskh, Ruq’ah, Kufi, and Thuluth.

This type is also referred to as the Chinese calligraphy and is used almost everywhere in Asia in different forms. This type of calligraphy is not performed by a pen but by a brush. The traditional style of this calligraphy is known as Kaisha which is very easy when it comes to reading and is considered as a beautiful form of art.

The art of calligraphy is a beautiful traditional form of writing and expressing but it has evolved with the advancement in technology. In early ages, before computers and software were designed, the art of calligraphy was only performed by hand and people used to take ages to master the art.

With the changing time, everything has started to change and the traditional forms have started to mold up according to the current advancement. The advancement in technology has made this art form, even more, clearer, accurate, and more beautiful.

Hamida Madhani from Atlanta says, "I feel as artists we need to understand the technology of the day. Knowledge gives us choices with our art and creativity, and staying on top of our medium gives us the ability to create in new and exciting ways." This clearly means that with the advancement in technology we get to experience new things and experiment more often.

There are a lot of artists today who have adopted the use of software and other technological instruments for use in calligraphy art. We all should move with the time and realize that making use of technology even in a traditional art form will only make it more beautiful and worthy.

Edmonton's Shamas Nanji who also makes use of computer software to present his Arabic calligraphy in a modern way says, "Isn't it wonderful that research at the infinitesimal level has given the world new instruments to celebrate the infinite?" trying to tell the use of technology to create art. His sayings were inspired by Abu'l Fazl (d. 1602) of Mughal times who said, "the written letter is spiritual geometry emanating from the pen of the invention."

When calligraphy meets technology, it widens up your pallet and gives you access to more options for you to explore.

Shamas addressed his computer as an “electronic reed”. His large-scale calligraphic creations and murals were truly inspired by hadith,” Allah is beautiful and He loves beauty”. He got inspired to pursue his career in calligraphy when he was studying his bachelor's degree at The Institute of Islamic studies at McGill University. Calligraphy used to be his hobby at the time. His artwork has been exposed to a lot of areas in the world like the Ismaili cents in London and Vancouver, Roy Thomson Hall in Toronto, and at the University of Waterloo.

So, it is not important to follow the rules every time you are trying to dig into something. Until you don’t experiment and fuse the modern with the traditional art, you will never explore and

About Author:
Harsh has started his career at Journal and has since worked and written for several top equestrian publications and websites. Most recently, he worked in corporate marketing with a focus on strategic and digital planning. A lifelong dog, leopard gecko & horse owner. He is also a certified therapeutic riding instructor and previously managed the care and training of a 12-horse therapy herd. He also helps you to choose the right tack and equipment, Supplements, and the best horse saddle for your horse. Harsh holds a B.SC in Hospitality, Travel, and Tourism
Thanks for reading this post. If you have any opinion don't hesitate to comment here. Also please subscribe our newsletter to get more updates.
Tags: Crafts, Hobbies & Home 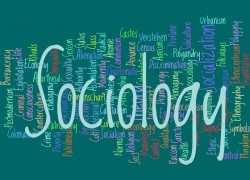