read moreHere you will find the best books review on network administrator. 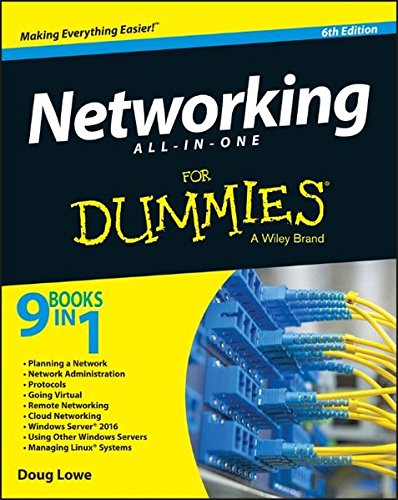 Are you ready to build a network, but aren't sure where to start? Networking All-In-One For Dummies, 6th Edition walks you through the basics.This easy-to-understand guide gives you everything you need to dive into the network development game.This is essential in the workplace, and has become highly popular in home settings as more and more people are connecting their home computers. Whether you're a network administrator or someone who wants to create a home-based network, understanding how to build your network effectively is critical to your success. 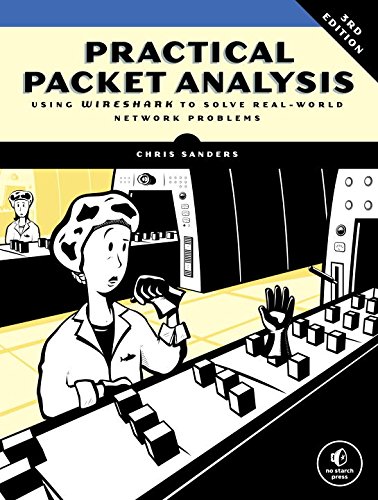 It’s easy to capture packets with Wireshark, the world’s most popular network sniffer, whether off the wire or from the air. But how do you use those packets to understand what’s happening on your network? Updated to cover Wireshark 2.x, the third edition of Practical Packet Analysis will teach you to make sense of your packet captures so that you can better troubleshoot network problems. You’ll find added coverage of IPv6 and SMTP, a new chapter on the powerful command line packet analyzers tcpdump and TShark, and an appendix on how to read and reference packet values using a packet map. 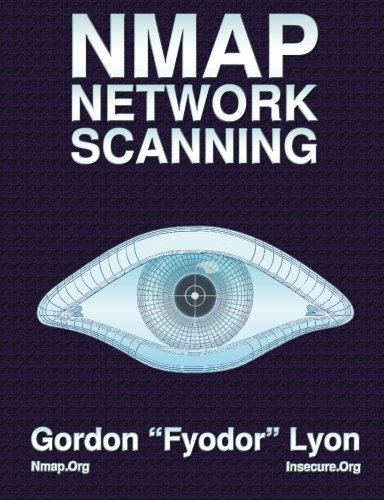 Nmap Network Scanning is the official guide to the Nmap Security Scanner, a free and open source utility used by millions of people for network discovery, administration, and security auditing. From explaining port scanning basics for novices to detailing low-level packet crafting methods used by advanced hackers, this book by Nmap's original author suits all levels of security and networking professionals.

The reference guide documents every Nmap feature and option, while the remainder demonstrates how to apply them to quickly solve real-world tasks. Examples and diagrams show actual communication on the wire. Topics include subverting firewalls and intrusion detection systems, optimizing Nmap performance, and automating common networking tasks with the Nmap Scripting Engine. Visit http://nmap.org/book for more information and sample chapters.

4. The Practice of System and Network Administration: Volume 1: DevOps and other Best Practices for Enterprise IT (3rd Edition) 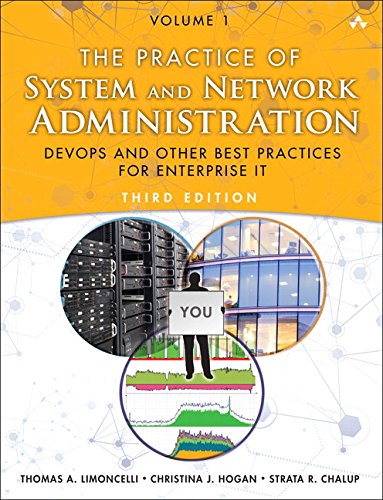 With 28 new chapters, the third edition of The Practice of System and Network Administration innovates yet again! Revised with thousands of updates and clarifications based on reader feedback, this new edition also incorporates DevOps strategies even for non-DevOps environments. Whether you use Linux, Unix, or Windows, this new edition describes the essential practices previously handed down only from mentor to protégé. This wonderfully lucid, often funny cornucopia of information introduces beginners to advanced frameworks valuable for their entire career, yet is structured to help even experts through difficult projects.

5. Instructional Rounds in Education: A Network Approach to Improving Teaching and Learning 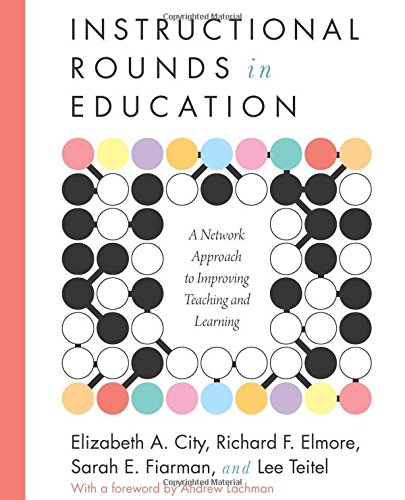 Author: Elizabeth A. City,Richard F. Elmore,Sarah E. Fiarman,Lee Teitel
Published at: 01/04/2009
ISBN: 1934742163
Instructional Rounds in Education is intended to help education leaders and practitioners develop a shared understanding of what high-quality instruction looks like and what schools and districts need to do to support it.
Walk into any school in America and you will see adults who care deeply about their students and are doing the best they can every day to help students learn. But you will also see a high degree of variability among classrooms—much higher than in most other industrialized countries. Today we are asking schools to do something they have never done before—educate all students to high levels—yet we don’t know how to do that in every classroom for every child.
Inspired by the medical-rounds model used by physicians, the authors have pioneered a new form of professional learning known as instructional rounds networks. Through this process, educators develop a shared practice of observing, discussing, and analyzing learning and teaching.
View Book

6. Learn Cisco Network Administration in a Month of Lunches 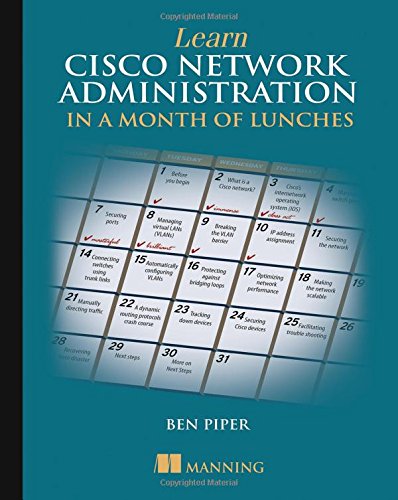 Learn Cisco Network Administration in a Month of Lunches is a tutorial designed for beginners who want to learn how to administer Cisco switches and routers. Just set aside one hour a day (lunchtime would be perfect) for a month, and you'll start learning practical Cisco Network administration skills faster than you ever thought possible. 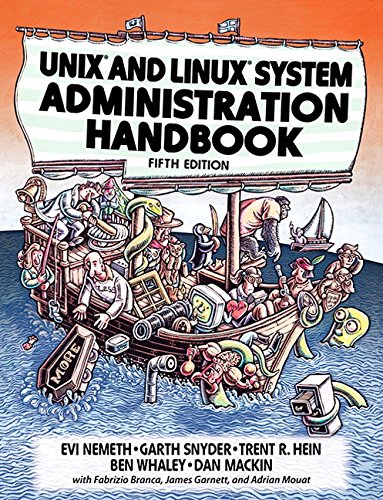 “This book is fun and functional as a desktop reference. If you use UNIX and Linux systems, you need this book in your short-reach library. It covers a bit of the systems’ history but doesn’t bloviate. It’s just straight-forward information delivered in a colorful and memorable fashion.” —Jason A. Nunnelley 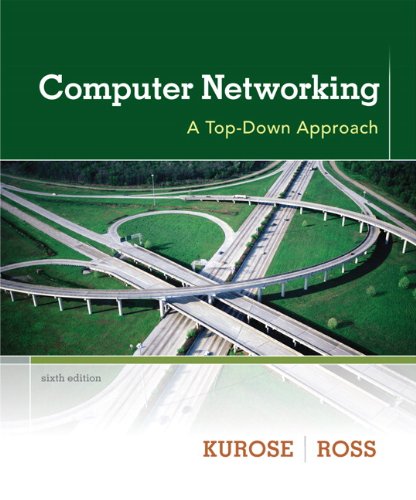 
This book has become the dominant book for this course because of the authors’ reputations, the precision of explanation, the quality of the art program, and the value of their own supplements. Visit the authors’ blog for information and resources to discuss the newest edition, as well as valuable insights, teaching tips, and discussion about the field of Computer Networking. 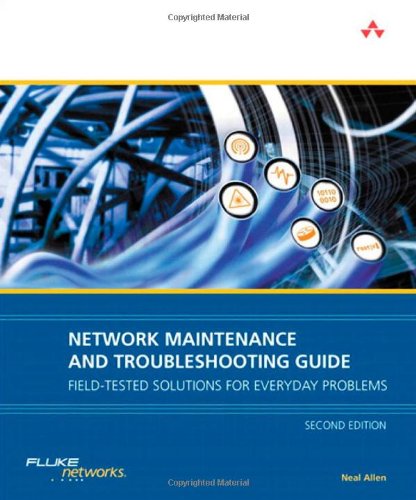 Writing for network technicians and administrators at all levels, Allen presents an approach to troubleshooting that has been proven in networks of all kinds, no matter how complex. He introduces indispensable triage and troubleshooting techniques for everything from copper and fiber cabling to IPv6, and presents unparalleled guidance on identifying and resolving problems at the MAC Layer. He illustrates his advice with diagrams, tables, and screen captures from Fluke Networks’ market-leading instruments. Throughout this book, Allen also offers practical summaries of each of today’s core networking technologies, making it an ideal complement to any network certification study guide. 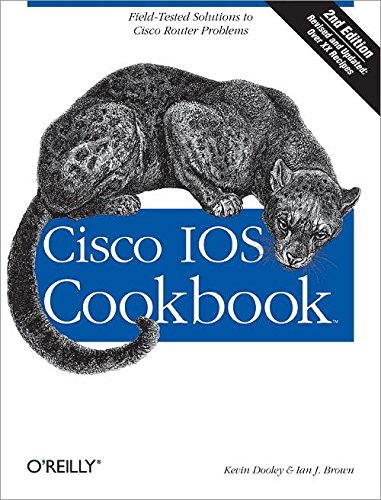 That's what this cookbook is for. Fortunately, most router configuration tasks can be broken down into several more or less independent steps: you configure an interface, you configure a routing protocol, you set up backup links, you implement packet filters and other access control mechanisms. What you really need is a set of recipes that show you how to perform the most common tasks, so you can quickly come up with a good configuration for your site. And you need to know that these solutions work: you don't want to find yourself implementing a backup link at 2 A.M. because your main link is down and the backup link you set up when you installed the router wasn't quite right. 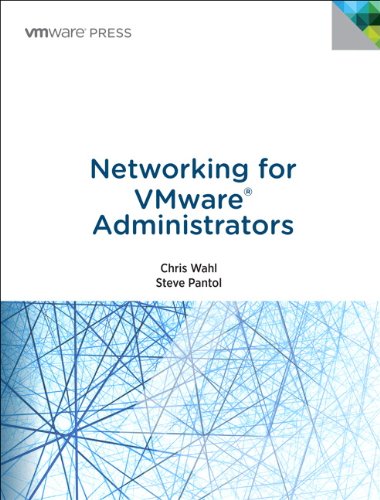 Now that virtualization has blurred the lines between networking and servers, many VMware specialists need a stronger understanding of networks than they may have gained in earlier IT roles. Networking for VMware Administrators fills this crucial knowledge gap. Writing for VMware professionals, Christopher Wahl and Steve Pantol illuminate the core concepts of modern networking, and show how to apply them in designing, configuring, and troubleshooting any virtualized network environment. Drawing on their extensive experience with a wide range of virtual network environments, the authors address physical networking, switching, storage networking, and several leading virtualization scenarios, including converged infrastructure.

• The absolute basics: network models, layers,  and interfaces, and why they matter

• Mastering virtual switching and understanding how it differs from physical switching 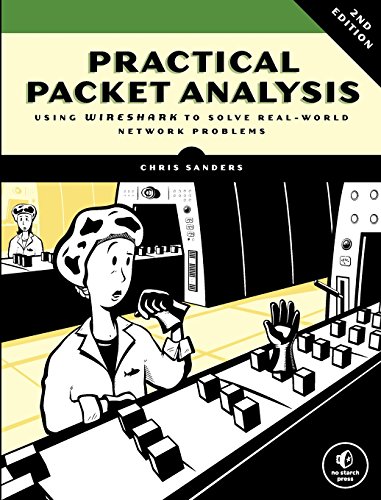 With an expanded discussion of network protocols and 45 completely new scenarios, this extensively revised second edition of the best-selling Practical Packet Analysis will teach you how to make sense of your PCAP data. You'll find new sections on troubleshooting slow networks and packet analysis for security to help you better understand how modern exploits and malware behave at the packet level. Add to this a thorough introduction to the TCP/IP network stack and you're on your way to packet analysis proficiency.

Thanks for reading this post. If you have any opinion don't hesitate to comment here. Also please subscribe our newsletter to get more updates.
Tags: Networking & System Administration 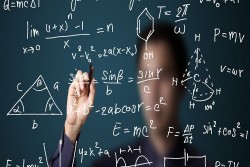 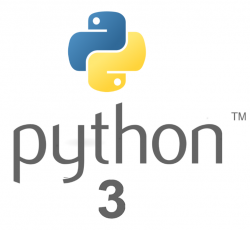 Best Business Books: Something You Should Read Before Starting A New Venture