Should I start learning Kotlin or go with Flutter?

Mobile Application Development is gaining popularity day by day. Building user-friendly and cross-platform mobile application is a must for modern developers. IOS and Android are the main platforms for mobile apps development. You usually need to develop for both of them by writing different code. Therefore, cross-platform development has gained popularity in the mobile industry. It saves time and effort when building an app.  As per need, different tools have emerged to make cross-platform development possible and desirable. There are tools and programming languages like Kotlin, Flutter, Xamarin, PhoneGap, and others. Each solution has its advantages and disadvantages which stand in the way of successful mobile app development.

Which one you should learn? Which one to use to start your android development journey? Let's find it out.

What is Kotlin: Kotlin is a statically-typed open-source programming language generating code that can run on the Java virtual machine. It was developed by JetBrains. It has been gaining popularity for it's concise, safe, interoperable and tool-friendly features since the release. According to the information on the official website of the language, some of the leading technology companies, including Atlassian, Pivotal, as well as giants like Uber, Pinterest, Evernote, are actively using Kotlin for their Android apps.

1. It increases your team's productivity: Being Java-based, Kotlin, however, eliminates the obsolescence and cumbersomeness of its predecessor. The language is compact, clear and efficient, it has a concise and intuitive syntax. As a result, Kotlin can significantly increase team productivity: It takes less time to write and deploy new code. This also contributes to better code maintainability at scale.

2. It is compatible with existing code: Kotlin is 100% inter-operable with JAVA. It works well with JAVA as well as with other tools and components of JAVA. Anyone who knows JAVA can migrate into Kotlin easily.

3. It is easily maintainable: Kotlin is supported by a vast majority of IDEs, including Android Studio, and other SDK tools. This helps increase developer's productivity, as they can continue to work with the toolkit they are used to.

4. It has fewer bugs: With a more compact and clear codebase, Kotlin allows for fewer errors and a more stable code in production. The compiler detects all possible errors at compile-time, not at run time. This makes Kotlin a safer alternative for Java.

1. Kotlin differs from JAVA: Being very close to Java, Kotlin still differs in many aspects. Thus, a certain learning curve is involved for a developer who wants to switch languages.

2. Slower compilation speed(sometimes): In some cases, Kotlin is by far faster than Java, but sometimes it can get significantly slower and no one knows why.

3. Not very wide resources to learn:  Despite the fact that Kotlin is gaining momentum, the community of developers is still relatively small compared to Java.

These are the Pros and Cons you should consider when you are learning Kotlin. If you want to learn Kotlin then these are Best Kotlin Books For Android Developers.

What is Flutter: Flutter is a mobile app SDK (Software Development Kit) that is developed by Google for building mobile applications for major app development platforms like iOS and Android. Flutter comes with a full package that consists of widgets, development tools and a framework to provide the app developers the ease of usage.

1. Faster Mobile Apps: The mobile apps developed using flutter app development are way faster in comparison to applications built on other app development platforms. Flutter apps are also smooth in functioning as they offer a great user experience without any cutting or hanging while continuously scrolling.

2. Perfect for an MVP(Minimum Viable Product): If you want to show your product to investors as soon as possible, you can build your application with Flutter. In that way, your investors will have a clear idea of what your MVP looks like.

3. Hot reload: Hot Reload is considered to be one of the biggest advantages of flutter because of this the app developers are able to see all the changes, including the minor ones in the code right away in real-time. With the help of hot reload, developers can also make quick fixes in the app's code for its smooth functioning.

4. Access to Native Features and Widgets Support: Setting up flutter is very easy and can be initiated on low-end machines where app developers can access native features like Geo-location and camera. This cross-platform mobile app development platform allows you to reuse your existing Objective-C, Swift and Java code for iOS and Android platforms. It also has Widgets support.

1. Limited Support:  It is true that Flutter has built an impressive support community with hundreds and thousands of flutter enthusiasts, but it's still not enough. In comparison to other support communities, flutter is lacking behind in user support. Also, there are limited libraries that can be accessed by app developers in the flutter.

2. Continuous Integration: Because of the fact that flutter is still in its early stages, there are not a number of CI (Continuous Integration) Platforms that provide support to it, this includes Jenkins and Travis. That's why continuous integration support can be referred to as a major disadvantage for flutter development.

3. No Web Apps: Another negative point for flutter app development is that it is limited to mobile applications and does not cover Web apps. And this can be a major problem as nowadays businesses are looking for support from both mobile apps and web browsers. Thus, flutter lacks flexibility with respect to web applications.

Both of these two languages have an advantage and lacking. While Kotlin is widely used today, Flutter is still developing. The cross-platform compatibility adds an advantage upon choosing Kotlin for mobile application development but Flutter lacks the necessary resources now. The choice is yours.

Thanks for reading this post. If you have any opinion don't hesitate to comment here. Also please subscribe our newsletter to get more updates.
Tags: Android 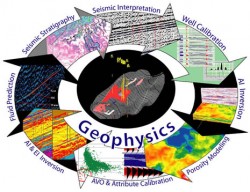