Bitcoin is the first decentralized digital payment method where transactions take place between individuals and businesses. The network is peer-to-peer that means there is no intermediary, transactions take place between users directly.
Bitcoins act as an investment to buy merchandise anonymously
Bitcoin, an international currency is a payment system/network that allows payment to be sent directly from one party to another without going through a financial institution. It is the first decentralized digital currency. The network is peer-to-peer that means there is no intermediary, transactions take place between users directly.
History
Bitcoin was created in 2009 by an unknown person or group of people under the name Satoshi Nakamoto. Bitcoin software was implemented as an open source code and released on SourceForge in January 2009. As bitcoin is an application of blockchain Satoshi Nakamoto mined the first ever block named genesis block on the chain. The importance of Bitcoin is rising day by day.
Here you will get the overview of The Bitcoin standard: The decentralized alternative to central banking book.
About the author
Saifedean Ammous is famous for Bitcoin an assistant professor of economics at the Adnan Kassar School of Business at the Lebanese American University and a member of the Center on Capitalism and Society at Columbia University. He finalizes that Bitcoin is "sound money for the purposes of the Austrian paradigm because there will only ever be 21 million Bitcoins. In his sense Bitcoin is "hard money" as opposed to "easy money that can be manipulated by governments, and holds that this will ensure its success.
Chapter details
This book is the best source on the economics of bitcoin for those who want to understand why Bitcoin matters. This book is full of figures and tables to make the topics more understandable. There are total ten chapters that will take the reader on an engaging journey through the history of technologies performing the functions of money, from primitive systems of trading limestones and seashells to metals, coins, the gold standard, and modern government debt.
Chapter 1- Money: Chapter 1 defines what is money in theory and covers gold, history of money, economics.
Chapter 2- Primitive Money: Here you will find some examples of primitive monies from the past which performs some of the functions of our own money.
Chapter 3- Monetary Metals: This chapter describes what gave these technologies their monetary role, and how most lost it, why gold was the best form of money man has known so far. It also gives the idea about roman golden age and decline, Byzantium and the bezant, the renaissance, and la belle epoque.
Chapter 4- Government Money: It describes monetary nationalism and the end of the free world, the interwar era, Bretton woods, government money's track record etc.
Chapter 5- Digital Money: Bitcoin is a digital cryptocurrency. In this chapter, we know about digital money. we also learn how bitcoin act as digital cash, supply, value, and transactions. At the end of the chapter, there is an appendix to give you an additional information on the topic explored in the contexts of the text.
Chapter 6- Sound Money and Time Preference: You will know what made money sound or unsound, how bitcoin is the most sound form of money, monetary inflation, saving and capital accumulation, artistic flourishing, how bitcoin transfers value across time and space.
Chapter 7- Money as Capitalism's Information System: Here you will know about capital market socialism, business cycles and financial crises, a sound basis for trade etc.
Chapter 8- Sound Money and Individual Freedom: This chapter describes what bitcoin is and how it works from an economic perspective. You finally get to clear that bitcoin truly is an invention of the century. You also know about unsound money and perpetual war, the difference between limited and omnipotent government, the Bezzle etc.Ãƒâ€š
Chapter 9- What Is Bitcoin Good For?: Here you will get to know store of value, individual sovereignty, international and online settlement and global unit of account.
Chapter 10- bitcoin questions: This chapter gives answers all of your questions which will arise in your mind after reading this book. Questions are is bitcoin mining a waste of energy? is bitcoin for criminals? who controls bitcoin, and can they change it if they please? how can bitcoin be killed? and what to make of all the thousands of bitcoin knock-offs and the many supposed applications of bitcoin blockchain technology altcoins and blockchain technology also covered here.
Finally, you should know why this book is so much important? In this book, Saifedean Ammous explains the roots of sound money and how it arises on the market as the most saleable medium of exchange. You will get to know the overview of Austrian business cycle theory and how the malinvestments create a distorted capital structure and the importance of the stock to flow ratio of bitcoin versus other potential monies. Bitcoin is superior to other forms of money and this standard will make a new era of prosperity for the world.
As there is no third party, bitcoins enable people to maintain their records without the breach of data privacy and the transactions are fast, secure and global. So everybody should get a clear idea about bitcoin technology. You can get The Bitcoin Standard book from here.
You can also read Best Bitcoin, Crypto and Blockchain Books.
Thanks for reading this post. If you have any opinion don't hesitate to comment here. Also please subscribe our newsletter to get more updates.
Tags: Money & Monetary Policy 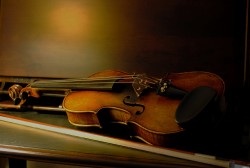 Best Violin Books | Guideline to be a Professional Violinists