What kind of math has to be known for the latest GED test?

GED stands for General Education Development or General Education Diploma. It is a test consisting of four subjects for those who haven't finished high school or didn't get a diploma degree. The GED, recognized in all 50 states, serves as a high school equivalency credential. With this credential, graduates can apply for colleges and entry-level employment positions. To seat for the GED exam, you must follow the right and best GED Math books.

The GED test is divided into four subject-specific tests:

Among these four subjects, the math portion of the GED test is what concerns most people. The math section of this assessment tests the student's ability to solve algebraic and quantitative problems.

In this article, we will discuss what you have to learn and what type of questions you can expect to face in the test.

The math GED test is 115 minutes long and has 46 items which are a combination of a multiple-choice, drag-and-drop, hot spot, fill-in-the-blank, and drop-down questions.

The test is split into two parts.

Test takers can use a calculator on the second part of the test, but not on the first part.

Below we have listed the materials which mostly cover the GED Math Test. The materials are divided into four major parts. They are:

1. Number operations and number sense or The Arithmetic part consist of the following contents:

2. Measurement and geometry part consists of the following contents:

4. Algebra, functions, and patterns part consists of the following contents:

Some questions on the GED math test will be directly related to a given number line, chart, graph, word problem or other types of statistical data. They will require the memorization of common formulas to solve.

There are two content areas that will be tested on the GED test: Quantitative and Algebraic. Test-takers should be familiar with them both.

Here is the type of math that is most important for the GED test:

These are the list of kinds of math which you will likely face in the GED test. If you want to get the best out of your GED MATH test, then there is no alternative of GED MATH preparation books. These are the Best GED Math Preparation Books to Achieve a Great Score on the GED Exam.

Thanks for reading this post. If you have any opinion don't hesitate to comment here. Also please subscribe our newsletter to get more updates.
Tags: GED 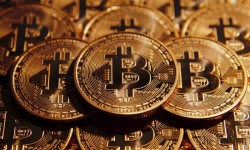 Best Bitcoin, Crypto and Blockchain Books You Must Read

Best Mongodb books to learn how to scale your data model